I spent this week talking to Texans about important issues that affect the entire state and its economic future. I talked about our transportation infrastructure needs, long-term water plans, lawsuit reform and Texas ports. Even though we are between sessions right now, there is no time to rest. Texans need to know that their lieutenant governor and senators are always working on the issues that matter most.

There are many Senate accomplishments to talk about but our work is never finished. On Monday I spoke at the West Houston Association luncheon about how the legislature ended diversions from the state highway fund. This provides an additional $1.3 billion this biennium to plan, build and maintain our transportation infrastructure. Proposition 7, if approved by voters next week, will dedicate a minimum of $2.5 billion per year of sales tax revenues to the state highway fund beginning in 2018.

Citizens Against Lawsuit Abuse of Central Texas (CALACTX) promotes measures that help curtail frivolous lawsuits. I had the honor of addressing this group and discussed the importance of putting an end to baseless lawsuits that simply waste taxpayer dollars. The Senate passed lawsuit-reform bills, such as SB1457, which criminalizes frivolous patent infringement claims and SB1060 that addressed unfounded hail storm damage claims. I thanked them for their efforts of over 20 years to help make Texas the leader in Tort Reform. Because Texas has led on these issues the price of malpractice insurance for doctors has dropped dramatically. Thousands of doctors have moved to Texas, along with hundreds of businesses, because they are protected from frivolous lawsuits. 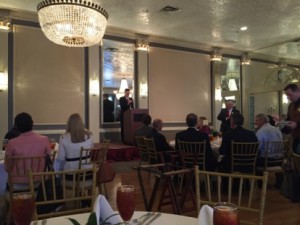 Texas ports provide an estimated $277 billion dollar economic impact to the state. However, significant changes are coming and we need to be ready. If we act now, we can ready our ports and their infrastructure to be better prepared for additional economic expansion heading our way. I made an announcement at the Houston Rotary Club on a major initiative involving our sea and inland ports that will ensure Texas is ready. Due to the current expansion of the Panama Canal, I will make sure Texas ports are adequately prepared to face the expected rapid growth in trade, can adequately handle even larger tanker ships that would otherwise bypass Texas and be better able to compete on a global scale. I will create a port subcommittee on the Lt. Governor’s Transportation Advisory Board in addition to the interim charges I’ve already issued to the Senate Transportation Committee.

Read my full press release on my ports initiative here. 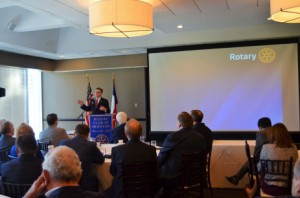