Passage of The State Budget

I am proud of the Texas Senate for their bipartisan efforts to produce a conservative, responsible state budget that will sufficiently fund our state’s needs over the next biennium while providing $3.8 billion in necessary tax relief to the businesses and property owners of Texas.

We were also able to address your priorities including securing our border, reforming public education and funding our transportation. I thank the Senate, the House and our Governor for working out our differences and delivering on the needs of Texans.

(To read more on the budget read my press release here.)

The Senate has done a tremendous job in continuing the fight to protect the unborn. The Senate passed out a bill that prohibits physicians from performing abortions on underage children without the consent of a parent. It also prohibits the practice without a legal court order authorizing the minor to consent to such a procedure.

We must never give up defending the innocents’ right to live. 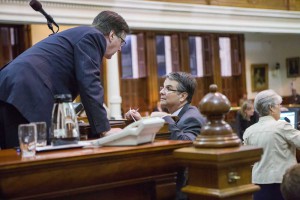 Integrity Where It Belongs

The Senate passed legislation to move the Public Integrity Unit from the Travis County District Attorney’s Office to the Texas Ranger Division of the Department of Public Safety.

It is imperative and befitting that any alleged illegal activity by a public official be investigated by the Texas Rangers and prosecuted justly in the official’s home jurisdiction.

This is a small step in the long overdue process of restoring the Public Integrity Unit’s accountability and trust in the public eye. 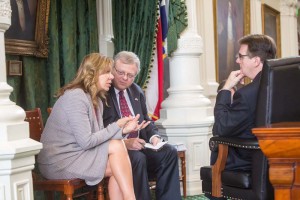 Protecting our Second Amendment Right has always been a priority of the Senate. This week, I’m proud to announce the Senate passed the “open carry” bill and it is now headed to Governor Abbott’s desk for his signature.

This bill will allow for anyone with a license to carry a handgun openly, in Texas.

I want to thank the senators for their bi-partisan work on making sure our Second Amendment Rights are never infringed upon. Congratulations to the senators for making Texans priorities their own. 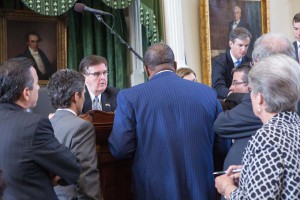 Lt. Gov. Patrick and senators discuss legislation at the dais.

Securing and protecting our southern border is the constitutionally mandated responsibility of the federal government. However, in the absence of federal action, the State of Texas is shouldering this public safety necessity. This is why the Senate passed a landmark border security bill that will ensure our border agents have the adequate resources they need to effectively do their job of keeping illegal activity at bay.

Part of the bill’s requirements will be to create a multi-agency training facility in the Rio Grande Valley for local, state and federal law enforcement officials. The Senate significantly increased border security funding to $800 million.

(For more details on the bill, read my press release here.) 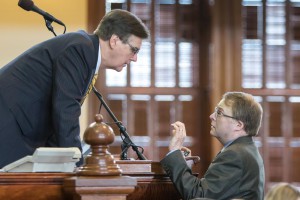 We also had a moment to honor everyone’s favorite actor, as the Texas Senate officially declared May 26th as John Wayne Day, marking the Western Legend’s 108th birthday. John Wayne has been a major part of Texas culture for generations and was named an honorary Texan. His sons, Patrick and Ethan, joined us in the Senate along with the Wayne family. 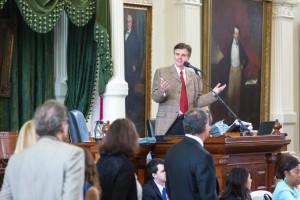 Lt. Gov. Patrick wears the same coat John Wayne wore during
a film as he welcomes the Wayne family to the Texas Senate floor. 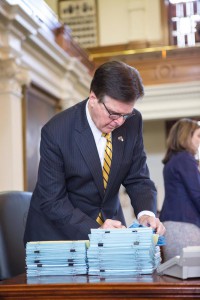