Senate Bill 4 (SB 4) by Senate Education Chair Larry Taylor was voted out of committee. This bill enables businesses to contribute a portion of their annual franchise tax to help pay for education scholarships for eligible students to attend the school of their choice. It also provides school choice to low-income students and students with a disability.

Senate Bill 893 (SB 893) by Senator Kel Seliger also passed the Senate. This bill gives teachers the additional tools they need to improve their skills through customized training and regular appraisals.

This bill also eliminates the salary system that is based on the number of years a teacher has in a classroom and ensures teachers are paid according to their professional abilities.

Finally, Senate Bill 14 (SB 14) by Senate Education Chair Larry Taylor moved out of committee. SB 14 reduces the amount of time parents have to wait to petition for either closing or converting a failing school from five years to two years. Allowing a school to fail for five years means we fail an entire generation.

These are all important steps in creating true education reform. 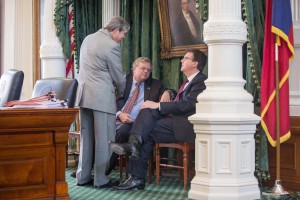 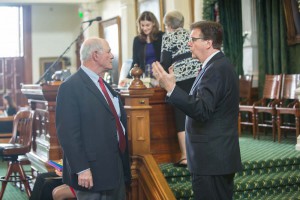 Restoring Integrity and the Public’s Trust

Senate Bill 10 (SB 10) by Senator Joan Huffman passed out of the Texas Senate and moves the Public Integrity Unit, which is responsible for an initial investigation into complaints alleging offenses against public administration, into the Texas Ranger Division of the Department of Public Safety.

This important bill ensures that elected officials are held accountable by the voters who elected them instead of the jurors of Travis County. Texans deserve for the Public Integrity Unit (PIU) to uphold its most important function: integrity. I congratulate Sen. Huffman for taking the lead on this important measure. 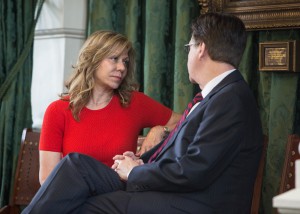 A crucial part of the Texas Senate’s Tax Relief Plan is that it includes tax relief to businesses and homeowners. The State of Texas is a great place to live but our property taxes rank among the top five in the country. This week the House of Representatives took a different approach that does not include any relief for homeowners. Governor Abbott said in his State of the State address that he would not support a budget that does not provide lasting tax relief for businesses and homeowners. That has been my long-held position as well.

I look forward to working with the House of Representatives and Governor Abbott on a tax relief plan that is in the best interest of all Texans.

(For a more detailed comparison between the two plans click here)

Senate Bill 9 (SB 9) by Senator Kelly Hancock passed out of the senate this week. This bill tightens the state spending limit (cap) by using population growth and inflation, instead of personal income, to calculate growth in the state’s economy. It will consider a two-biennium (previous and upcoming) average of population growth and inflation, using both actual and projected data, to calculate the spending limit. Current law requires only projected data for the upcoming biennium. These changes will provide more precise data for budgetary considerations.

A spending limit based on population and inflation will separate the state’s wants from the state’s needs. I am proud of Sen. Hancock and the Senators’ hard work in keeping our Texas economy strong by being fiscally responsible with taxpayer dollars.

(Find out more on the issue from my press release here) 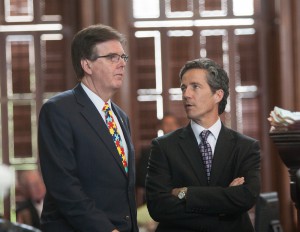 A Federal Judge in the U.S. District Court for the Southern District of Texas ruled that President Obama’s administration misled the court regarding early implementation of expanded work permits to illegal immigrants. This sends a strong message and holds the Obama administration accountable.

I welcome all immigrants to Texas and to the United States of America, but we stand in unison with millions of hard working men and women who agree that entry to our borders must be done legally and in accordance with the law of the land, not political agendas or expediency.

I applaud Texas Attorney General Ken Paxton for securing the decision handed down.