As your Lieutenant Governor I was pleased to join the chairwoman of Senate Finance, Senator Jane Nelson, and a bipartisan group of 24 Texas Senators to announce one of the largest tax relief packages in Texas’ history. It is a bold plan that provides $4.6 billion in property tax relief for struggling homeowners as well as big and small businesses trying to make ends meet. 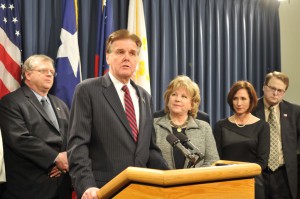 Highlights of the tax relief package includes several pieces of legislation that will:

I’m proud to say this legislative package has bipartisan support and 24 Senators have signed on their support. This is the Senator’s bill and Senator’s Senate.

I had the wonderful opportunity of speaking at the Texas Faith and Family Rally at the capitol, to show support for those who involve family values and faith in every aspect of their lives. 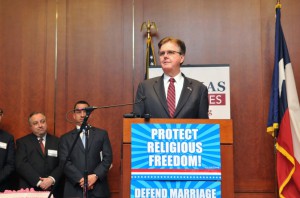 Just six weeks into the 84th Legislative Session, the Texas Senate has clearly demonstrated that transportation funding is a top priority, one of my major initiatives and one of Governor Abbott’s emergency issues.

As I’ve said many times in the past, we’ve relied too heavily on debt and tolls. It’s time we guarantee an additional $5 billion in transportation funding for the next budget cycle. 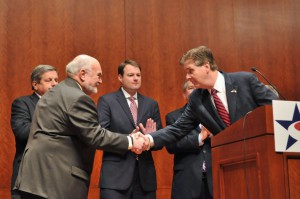